skip to main | skip to sidebar

Donnie's Video Memory of the day....
Posted by Janelle and Stacey at 12:20 PM No comments: 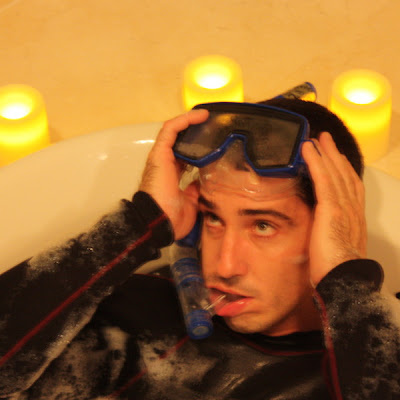 Candles, Wine, Bubbles and Jon.....OH MY!
What a way to start a Monday. 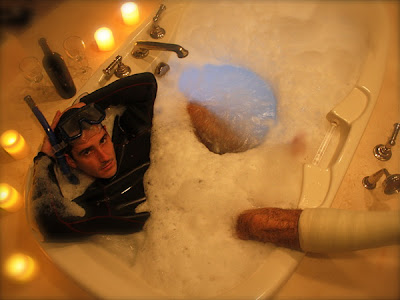 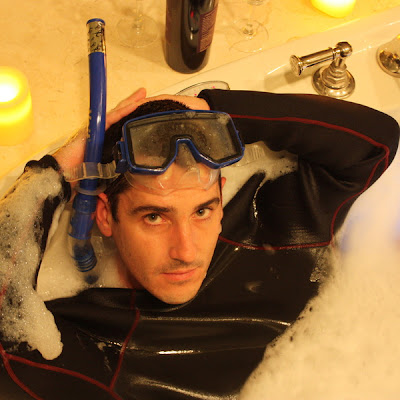 Posted by Janelle and Stacey at 9:24 AM No comments:

Joey McIntyre Exclusive Blog #3
Joey McIntyre tells ARTISTdirect.com editor and Dolor author Rick Florino about a very, very memorable Thanksgiving with his family and the New Kids in the third installment of this exclusive blog series….

It's always a funny thing when people ask me about old family Thanksgiving memories, like I'm just gonna spit out, "Oh boy, there was that time when the drum stick flew out of little Tommy's hand and hit Nana Alice in the noggin. Boy, did we laugh!" I don't have those kinds of memories.

Maybe it's because there was so may of us in the house (11 including parents—and they should be included) that there was always a steady din that filled the air. At any moment, the top could blow off and someone was slamming the door and stomping off down the street—probably a planned exit to meet friends and get out of the house, now, that I think of it. A nice quiet, boring Thanksgiving was always welcome in the Mac household.

Hmmm...maybe I do have memories, I just had to start writing. What I was gonna tell you about was a more obvious Turkey Day memory. It was 1989 and the New Kids were playing Madison Square Garden. I don't know if that's a prestigious night to play. Maybe it points to our ridiculous popularity at the time. Who the hell plays on Thanksgiving?! Us, I guess. I'd hate to be the dad that had to get up off the couch in a turkey coma and go to a concert full of screaming pre-teens. Oy! I love being home for the holidays, especially back then when we were on the road all the time. But to sooth the homesickness, we flew in all our families. Everyone! To New York City. It was a swanky day. A thrill for all of our loved ones to come down to the Big Apple. Plus, we were in The Macy's Thanksgiving Day Parade—a proud moment for any mother—and mine was front in center in the stands outside of Macy's famous department store. For me and the guys, it was a bit of a grind, as usual. Up at 6:30 in the morning to get on the float and move through the city- a privilege none the less. What a treat!

I remember getting back to my hotel room and collapsing on the bed and not getting up til dinner was ready. It was special to have the four New Kid families together in one room—just celebrating without the fan fare—normal stuff. After dinner we moved out into a reception area, where there happened to be a grand piano. Jordan Knight sat down behind it and led us all through a few holiday songs and a couple acoustic New Kids songs. It was touching and warm and a lovely way to end the evening...Except ours was just beginning!

We were playing the one and only—"the most famous arena in the world", Madison Square Garden. And thank God all those Dads got off the couch, because they brought 16,000 of the cutest, loudest, cryingest girls ever. We had so much to be thankful for that year and still do. This year I look forward to a crowd of about 12 with lots of food, extra sweet potato pie, and some good conversation. I wish you all the same. Bon appetit! (which in America means eat 'til ya burst).

Donnie Video Memory Of The Day

Posted by Janelle and Stacey at 1:52 PM No comments:

Donnie's Video Memory Of the Day....
Donnie posted this on his Twitter account. Enjoy.
Posted by Janelle and Stacey at 11:11 PM No comments:

Posted by Janelle and Stacey at 2:57 PM No comments:

Joe's new video will premiere tomorrow at 6 a.m. on www.people.com
Watch...watch...watch. Can't wait to see our friends Jen & Becca as they were in the video. Jen was the BONUS WINNER! Congrats girl! Can't wait.
Posted by Janelle and Stacey at 2:54 PM No comments:

Posted by Janelle and Stacey at 8:36 PM No comments:

Back in headlines, in the papers
Hangin on ? he's such a loser
When is that kid ever gonna grow up?
No, I don't wanna grow up!

I don't know if this is for me
Am I at the wrong party?
If I am, I'm not gonna leave
Cuz it's screamin my name

Back in headlines, see what he did
Comin up he's such a cool kid
No that boy won't ever give up
I never give up

Here we go again
I'm a man on a mission baby

Hey hey hey ya ya ya!

Here we go again
I'm a man on a mission baby

Here we go again, repeat x3
Share|
Posted by Janelle and Stacey at 9:13 AM No comments:

Flash back to the Hey-Day of NKOTB!! ENJOY!!
Posted by Janelle and Stacey at 8:02 AM No comments:

Janelle and Stacey
Houston and Fargo, TX and ND, United States
Our story is simple. We've been friends since our Junior year in High school. I (Janelle) walked into class wearing (PROUDLY) my NKOTB tee shirt, Stacey saw me and started talking to me. The rest...is HISTORY!! best friends ever since! we roomed together in College, were there for the each other during the births of our kids (Well most of them! LOL) and have to talk almost daily or we go through withdrawl! She's my sister if not by blood--then by BOND!